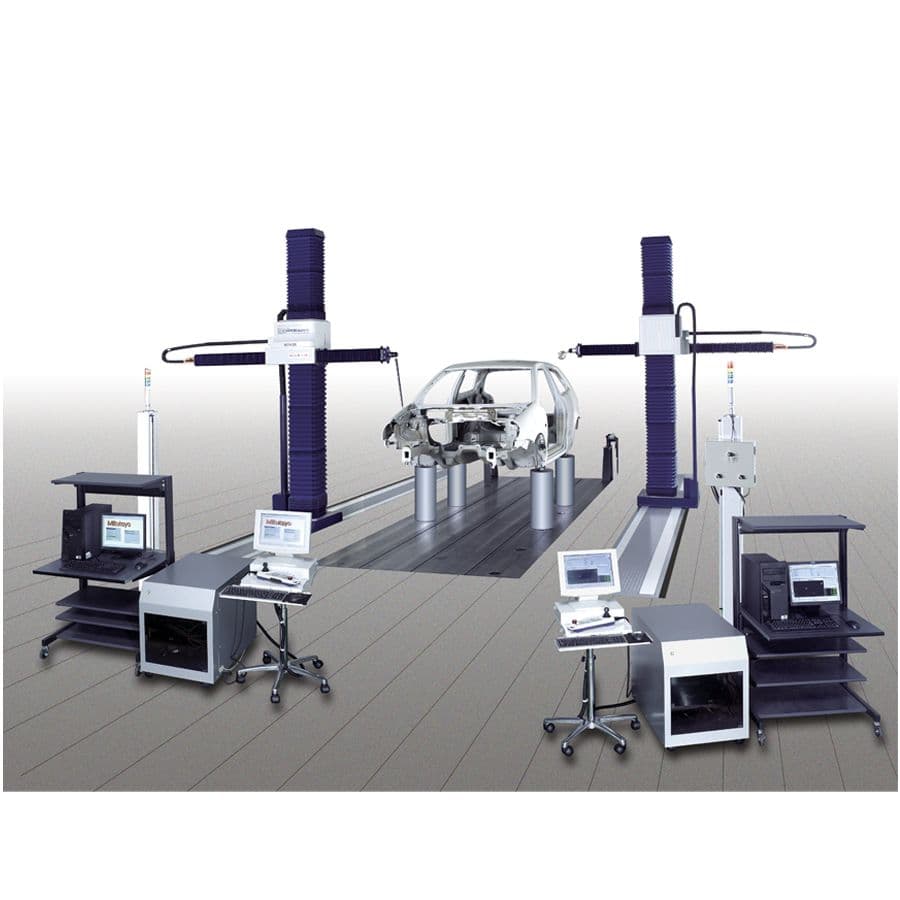 CARB series is a non-contact/contact horizontal-arm type CNC Coordinate Measuring Machines for the car body industry. The CARB series, with capacity up to 18m, can cope with even super-sized workpieces such as large aircraft parts and spacecraft components, as well as car bodies. Since this series can operate while automatically interchanging contact and non-contact probes, ten of millions of measurement points can be collected in a short time.

CARBapex is offered as a lower-cost version of CARBstrato to provide the same versatility at a lower operating speed and with less environmental ruggedness, but still with the automatic temperature compensation function and dual-arm operation of CARBstrato. For example, activities such as sampling inspection or reverse engineering do not require high-speed machine.